During the winter you would have heard a lot of big talk from me about letting the lawn die in response to the regional drought. Then it actually started to die, and that was unsettling for the suburbanite within. That’s when you have to walk the walk, as they say. So it gradually turned from greenish to brownish to gold. I’m not the only one in the neighborhood whose lawn looks like this. Every year some front yards show evidence of benign neglect, but now it seems like half of the front yards have gone from green to gold. Just like the rolling hillsides in the country around us, and as our hill had been before the neighborhood was applied to it, the grass around here turns gold in May and starts greening up again in October. It doesn’t look half bad to me, actually. What do you think? 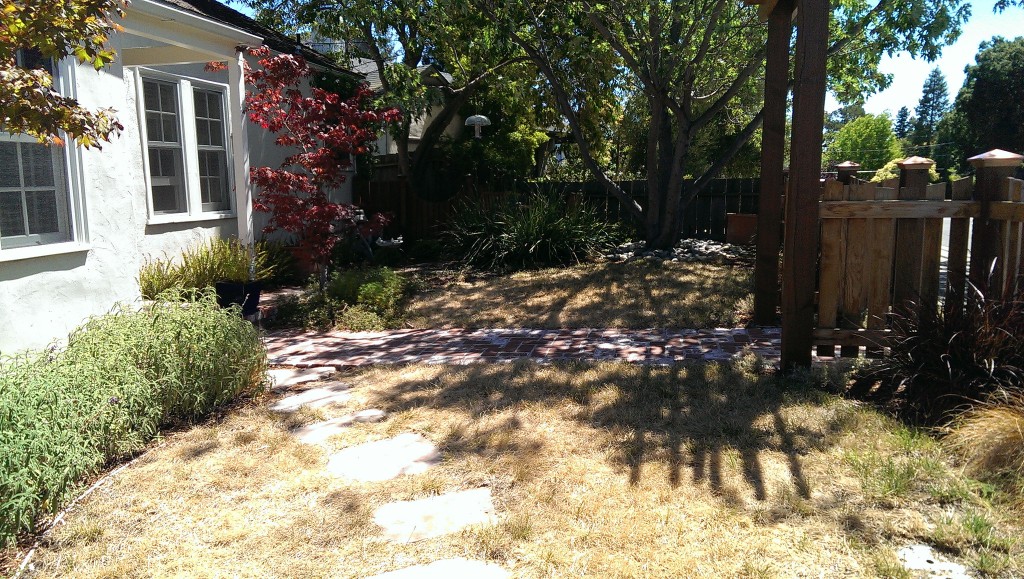 In the fall we’re going to be removing whatever remains here. It may just be bare dirt in three months, which probably won’t be so great looking. Then we’ll put in some plants that are more likely to thrive in the land of little rain.