Right in time for Thanksgiving, some old friends have flown into town. This past winter I’d noted the absence of the Pine Siskin, following up on something that Bill Tweed had written. We wondered aloud if the ongoing drought had altered the whereabouts of this bird. Well, after going missing for almost two years, the Pine Siskin is back. 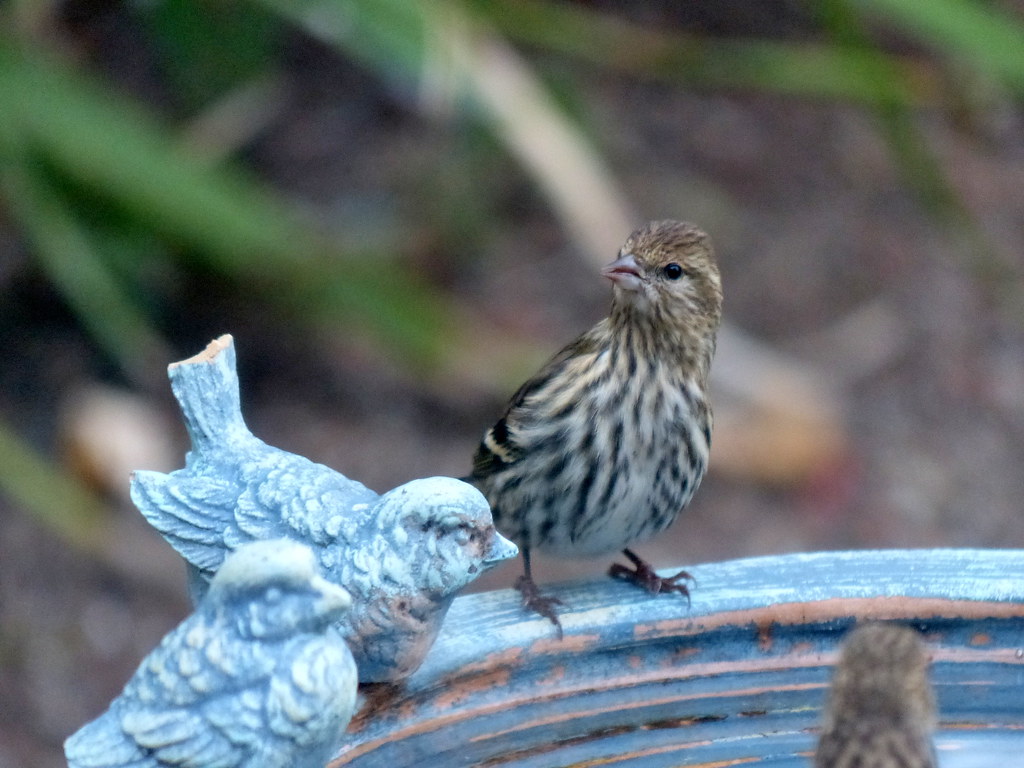 This good-looking little bird showed up in force this morning, with ten or so Siskins taking over the bird feeder. Long time, no see. Not only that, but another absent friend showed up in the yard yesterday. I saw a strange, almost tropical-looking bird with a dark body, an orange beak and prominent white eye ring way up in one of our trees. Took a picture of it. 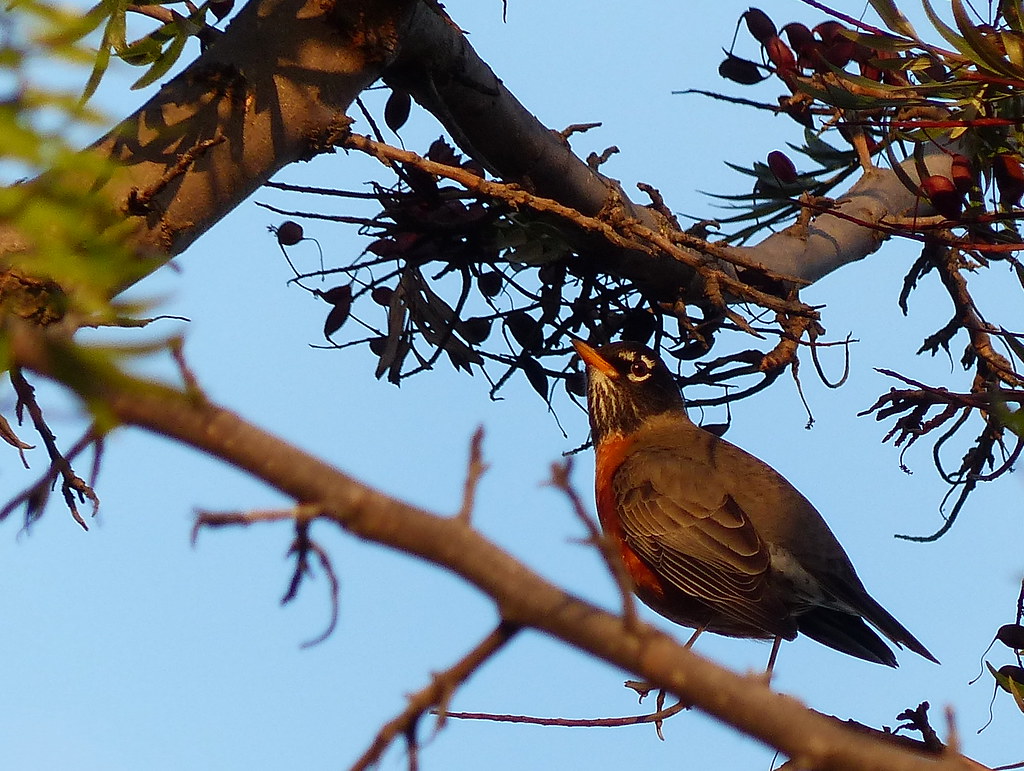 Once I zoomed in with the camera, it was revealed to be the American Robin, probably one of the most common birds around. But it hasn’t been seen here for quite a long time, maybe because we’ve removed our lawns and others in the neighborhood stopped watering theirs. No lawns, no Robins.

Later in the day I saw a few more Robins, which may herald the arrival of the Cedar Waxwing. Those two birds seem to like to accompany one another.

One more unexpected guest arrived for Thanksgiving: the Purple Finch. 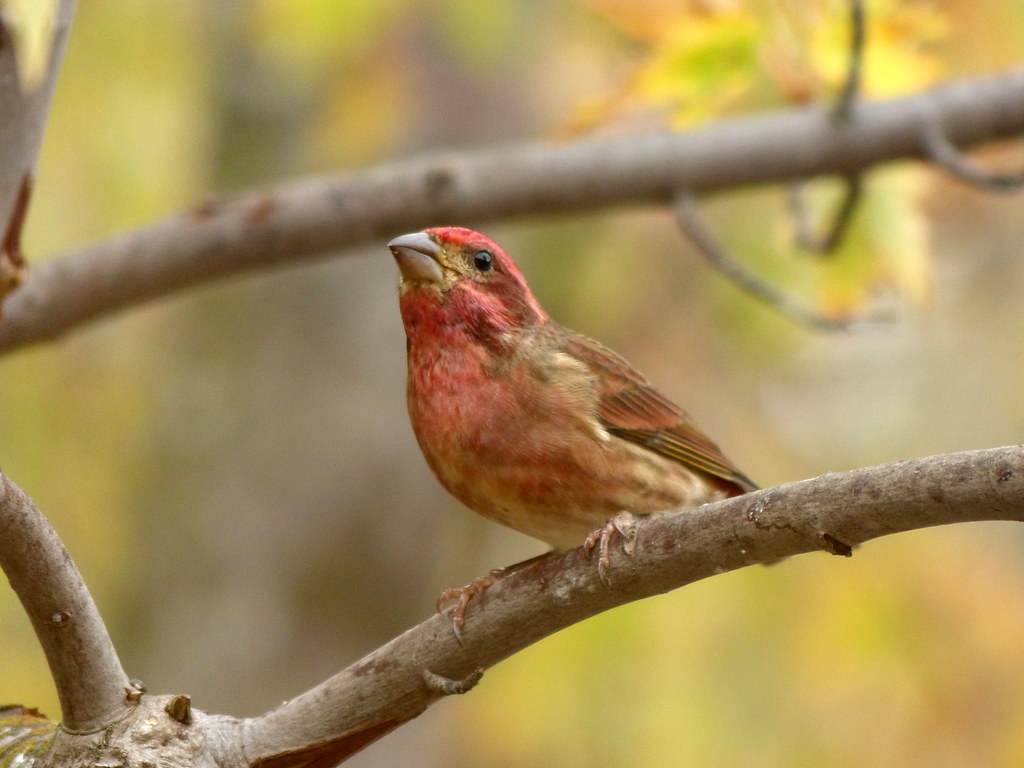 Another bird we haven’t seen since last winter. With that raspberry color, he stood out in the crowd of House Finches we see year-round.

It’s always nice to get everyone back together at the holidays.