About 40 years ago California was as drought-stricken as today, and the good people of the 1970’s switched out their thirsty landscaping with the Sunset-magazine-sanctioned plants of that era. Juniper. Lemon Bottle-brush. Oleander. Whoever lived in our house in those years was doing the right thing, because we still have a lot of these plants. One that you don’t see as much in gardens, but is available along some of your nicer freeways, is the Silk-oak (Grevillea robusta). It’s not really an oak. The Grevillea genus includes low ground covers, medium size shrubs, and really tall trees. If you ever select a plant at the nursery that includes the word “robusta” in its name, take a second look at the description on the container. This one might have said, needs no water or fertilizer, rapid growth, trouble-free. It may have also said, can reach a height of 75 feet or more. 1970’s homeowner would scoff at that and say, “that would take 40 years, man!”. 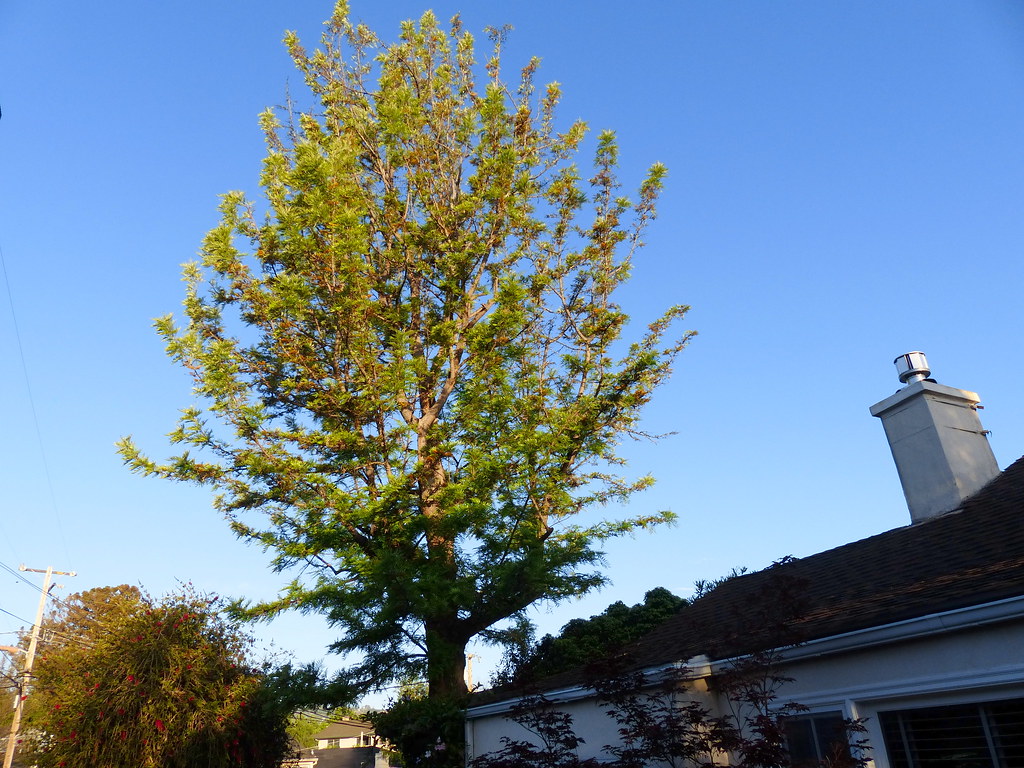 The telephone pole in the lower left is not to scale, but the lemon bottlebrush next to it definitely is. And that’s a good-sized bottlebrush too. So you get the idea. We have this huge tree on the property line with our neighbor. Not only is the tree inordinately large, but it continually sheds giant leaves that resist decomposition, along with 20 thousand seed shells, and a springtime show of bright orange sticky flowers that will fall on your windshield. The local birds would use it as a lookout on occasion, but found it an unfavorable location for nesting. I saw a squirrel in it once – he appeared to be disappointed.

I may have done this myself, as a relative novice at home-owning. For sure, I’ve purchased plants that say “full sun” and placed them in a shady spot. And I might have also chosen a few plants that require “ample water” and then not watered them. But those plants are all dead now. The ones I should be worried about are those that said “can reach a height of” anything over 15 feet. They’re probably out there right now, sending their roots down.

I’m taking the long way round to tell you that we had the tree removed today. Even though it was way too big for its location and wasn’t such a good neighbor tree, it was still very tough. We are tree-huggers from way back, and this was a big one. As I’m writing this, the tree would have been standing about 15 feet away, outside in the dark, probably dropping more giant leaves. I can feel its absence.

In remembrance, here are some Cedar Waxwings on lookout, during the tree’s sticky-flower phase last year. 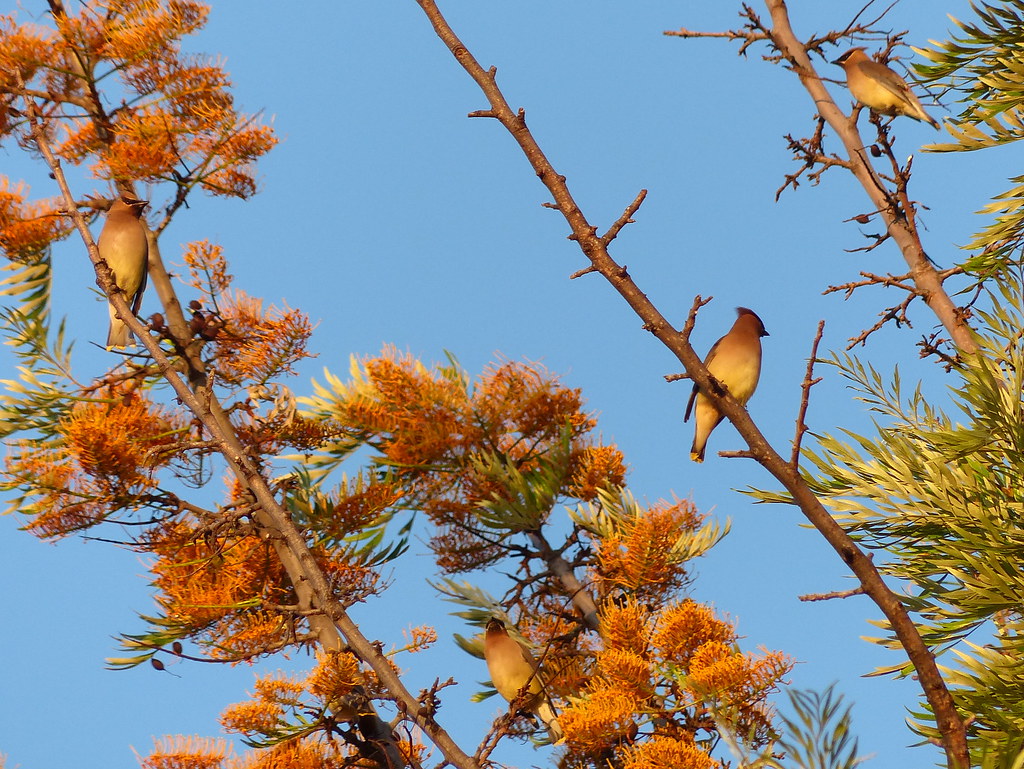