The free time allotted to us on the weekend was utilized for an early Saturday morning Songbird Stakeout. I have been hearing an unfamiliar bird, always between 6 and 6:30 am, these past few days, but I’m usually getting ready for work at that time so investigation was postponed until the weekend. When your wake up call is at 5 on the weekday, then 6 is no problem on the weekend. I got the coffee going, grabbed the bino’s and set myself up out on the deck. Right on cue, there he or she is, with its unfamiliar songbird song: a short trill, then a loud whistle like it’s hailing a cab, then another trill. The bird was another house or two away, and so identification was elusive. It might have been a Bewick’s Wren: we get them in the lower part of the yard, and they do have a bit of song along with the more familiar game-show-buzzer alarm call. I was not able to identify our mystery songbird, so I’ll toss in a nice picture of the Bewick. 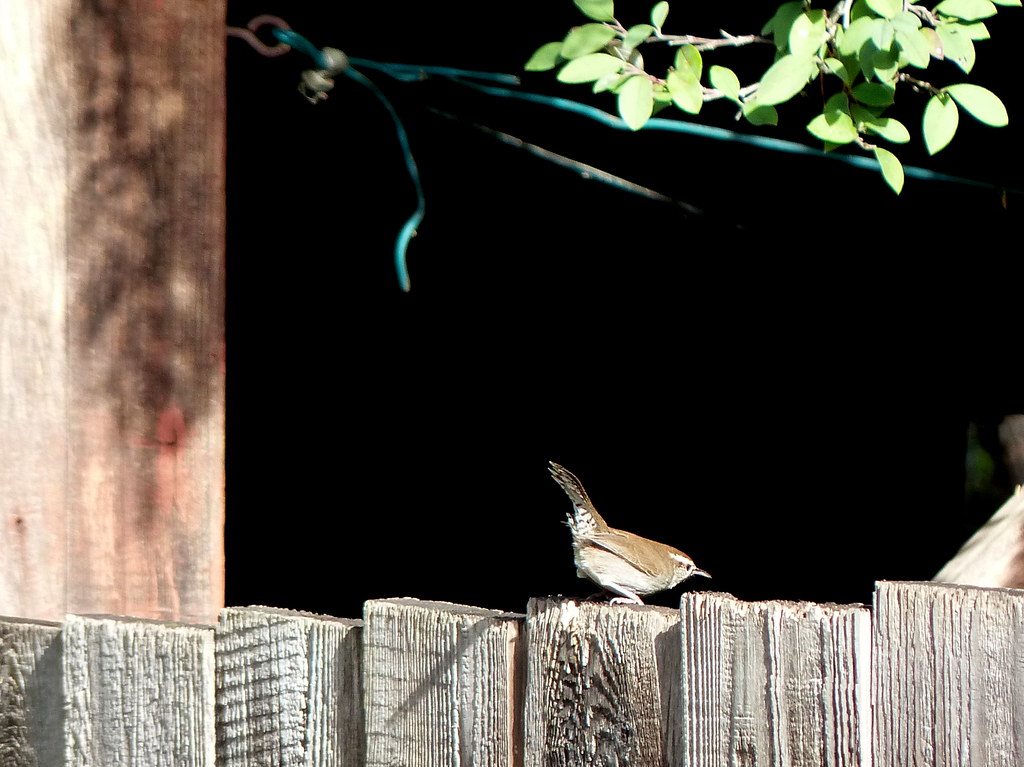 When we were at the JMW Turner show at the de Young Museum last week, they had music by Felix Mendelssohn on the audio tour recording. We heeded advice to take the audio tour, without regret. Especially because we got a deal on the audio gadget rental. The rental man gave us the de Young member discount, because, as he told us, his ESP told him that we were members as we were walking up to the counter (ESP: wrong again). To justify granting us the discount, we would now have to answer a Star Trek quiz. Fortunately for me, the Resident Expert can cite chapter and verse of the Old Testament Star Trek liturgy, so the quiz question, “What is Captain Kirk’s middle name?”, was quickly answered with confidence.

Anyway, back to the Songbird Stakeout and Mendelssohn. I was actually going somewhere with this. The audio tour voice told me that Mendelssohn composed some of his “Songs Without Words” after being inspired by scenes of the English countryside. I merely report what the audio tour told me: I have no idea if this is really true or not. But it definitely could be – the music complemented the Turner pictures quite well. That’s an interesting notion, isn’t it? Being inspired by something you’ve seen, and expressing that in sound? I wasn’t seeing the bird on the Stakeout, but I was hearing it. Wasn’t hearing an equally valid method of observation? Seems to me that it was, especially since the likelihood of seeing the bird was low.

Today I was on Stakeout again, but this time the objective was to just listen. Hear everything that was going on, and make notes. This turned out to be an interesting exercise, and I encourage you to try it. In my experience, the difficult thing was to not let my vision take over. I could have just closed my eyes, but then it would have been hard to jot down my notes. We might be leaning on our vision way too much. We’re hearing all this other stuff, but our vision over-rides this information.

Here are my notes from this little experiment. It was a lot of fun, and I’m sure to try it again some day. 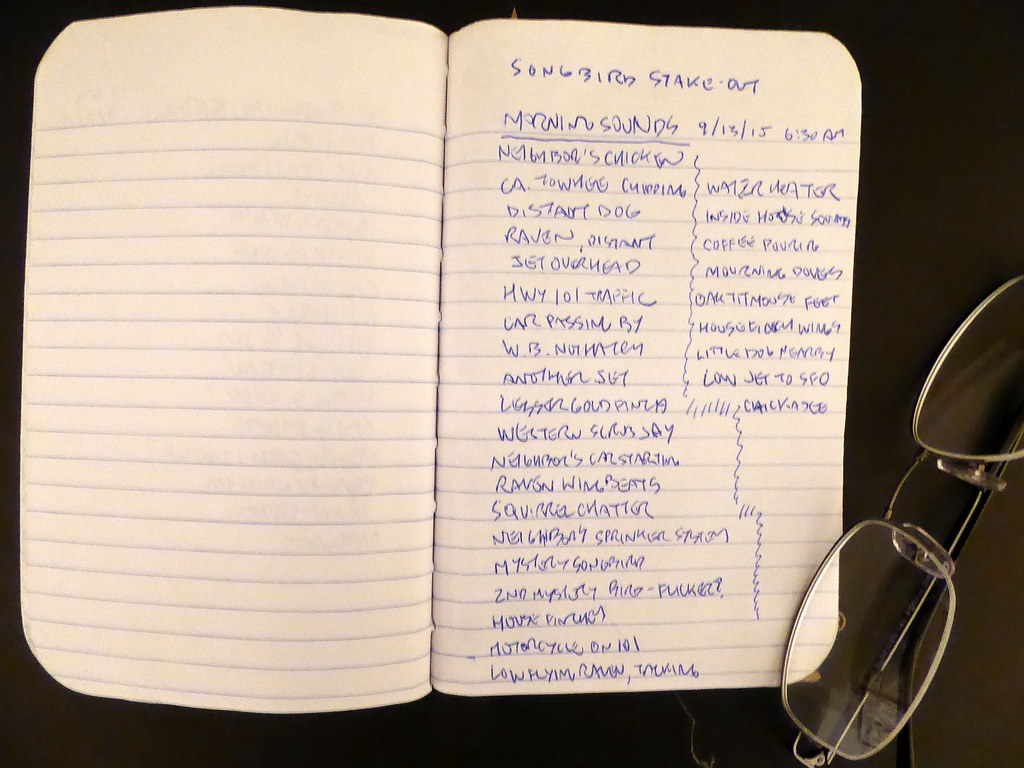 And here’s the answer to the Star Trek quiz: “Tiberius”. An appropriate middle name for Captain Kirk, as the real Emperor Tiberius was best known for landing on some faraway planet, taking his shirt off, and getting into a fistfight with a dinosaur. Star Trek fans, I will see you in the comments section.